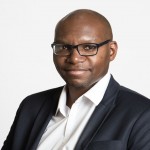 Stephen, born and raised in London, is married to Dionne and they have a daughter, as well as being foster carers to 2 children. He has been a Christian for over 30 years and started attending PCF in 2001. He became a member shortly after joining in 2002 and was called into office as a Deacon in 2006. He became an Officer after the Pastors saw that he had the heart to serve God.

Stephen’s background is in finance and works as a financial advisor and also works in the community as a School Bus Driver.  His passion is for the church, his family, helping people in whatever way he can, and Liverpool football team!! 🙂