The Marriage Fellowship department is purposed to enrich marriages, by empowering couples with tried and tested tools to stimulate:

The ministry was birth out of a period when marriages were flourishing in PCF. Having prayed about the lack of marriages in PCF, God created an influx of new relationships resulting in marriages.

Elder Martin Finegan and his wife Lorraine, sought after an effective medium to support and encourage all the new established married couples. Being new couples themselves, they were not equipped with experiential knowledge of the tools needed to develop an effective marital relationship. Martin attended a seminar at Holy Trinity Brompton regarding an effective video-based platform and teaching material that could be used in PCF.

The team ran the first marriage course in 2007 and it continued for 2 years. The nature of the course was full on, the couples were treated to a weekly 3 course meals, with the help of Jemma Regis and Gail Peters providing the catering, over a nine-week period, coupled with a structured course and work material.

The ministry was relaunched in 2012 with a new model that utilised the wisdom of all the marriages of PCF, creating a platform for all the couples, both young and old, to contribute to a dialogue of effective Christian marriages.

The ‘Couple’s Conversation’ was an open discussion and sharing forum where couples came together informally to talk about the various issues and challenges, they faced in marriage.

Elder Martin facilitated these meetings which were held every 3months attracting 20-25 couples per session.

The ministry grew and began to invite guest speakers in to facilitate and talk on specific topics, covering things like, communication, gender roles and intimacy.   The ministry organised their first-ever weekend Marriage Enrichment retreat in 2014 which was an enormous success with 20 couples attending.

Their aim is to continue to support marriages on a regular basis through open forums in the ‘Couple’s Conversation’ session and also through planned events, such as bbq’s and dinner’s allowing couples to have fun together and mingle with other couples encouraging them on their journey. We welcome all couples who attend or visit PCF to come and join us and see how amazing this fellowship is and how it can also benefit and bless your marriage. 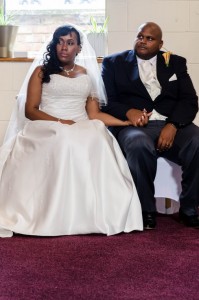