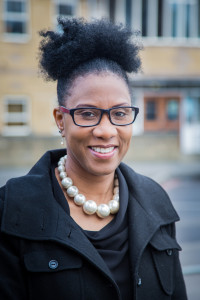 Marcia was born and raised in East London and has one daughter. She has been a nurse for over 20 years, and as a nurse counts it an honour to help people recover from physical illnesses. She has the same sense of gratefulness when she sees people come to accept God and to begin a life journey with him.  Marcia started attending The People’s Christian Fellowship in her late twenties, then became a Christian in her early thirties and has never looked back. She was approached about eight years ago to take up office as an Officer at PCF and has been serving as an Officer ever since. The calling to be an Officer was somewhat a surprise to her, however, she had confidence in God and the Leaders’ decision, and accepted the role to serve as a Deaconess.

She considers herself as a God chaser, always wanting more of God and to know and learn the many facets of God. She loves to see people come into a real relationship with Father God, being set free and living passionately for God, full of his love, power and grace. Marcia counts it a privilege to serve God by serving his people and desires to honour God, as he works through her to bring others to Christ.

Marcia Hird
We use cookies to ensure that we give you the best experience on our website. If you continue to use this site we will assume that you are happy with it.OkOpt-Out